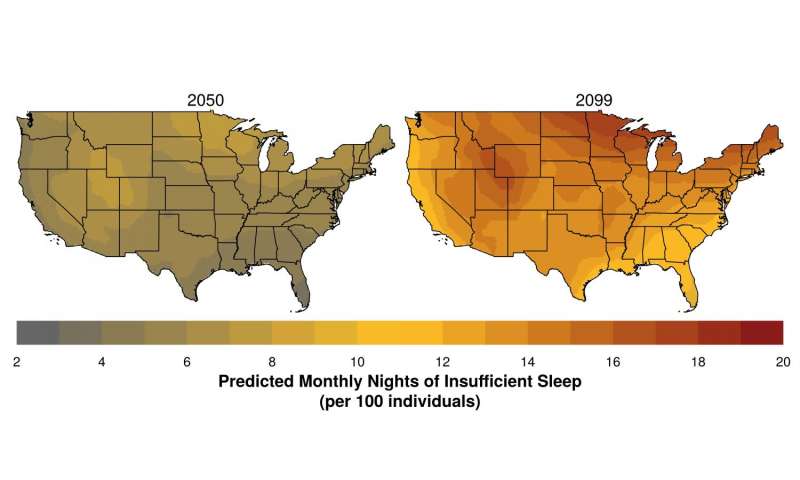 Climate change may keep you awake—and not just metaphorically. Nights that are warmer than normal can harm human sleep, researchers show in a new paper, with the poor and elderly most affected. According to their findings, if climate change is not addressed, temperatures in 2050 could cost people in the United States millions of additional nights of insufficient sleep per year. By 2099, the figure could rise by several hundred million more nights of lost sleep annually.

Using climate projections for 2050 and 2099 by NASA Earth Exchange, the study paints a bleak picture of the future if the relationship between warmer nights and disrupted sleep persists. Warmer temperatures could cause six additional nights of insufficient sleep per 100 individuals by 2050 and approximately 14 extra nights per 100 by 2099.

"The U.S. is relatively temperate and, in global terms, quite prosperous," Obradovich said. "We don't have sleep data from around the world, but assuming the pattern is similar, one can imagine that in places that are warmer or poorer or both, what we'd find could be even worse."