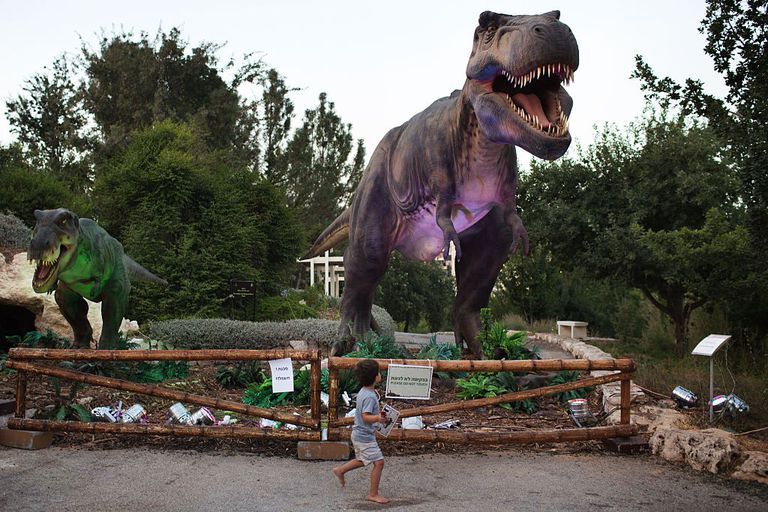 So many initial perceptions of what dinosaurs looked like have proved to be wrong, and now another can be added to the pile. Many dinosaurs, including the famed T. Rex according to a new study, couldn't stick their tongues out.

That's a notable difference from how dinos are typically portrayed, movies like Jurassic World are often keen to show velociraptors and others with fully functioning tongues. Even though dinosaurs are ancestors to birds, this biological difference shows how evolution has played a role in animals that populate the world today.

Researchers from the University of Texas, Austin and the Chinese Academy of Sciences in Beijing compared and contrasted mouth anatomy in several ancient reptiles to their modern descendants, like bobwhite quails and alligators. The team was aware that tongues are not generally seen as the most exciting part of a dinosaur's body, with no spiky clubs or anything sharp.

"Tongues are often overlooked. But, they offer key insights into the lifestyles of extinct animals," said lead author Zhiheng Li in a press statement.

Paying close attention to skulls and a horseshoe-shaped bone called the hyoid, which for some birds can act as bony support for a tongue, the researchers used in-person comparisons and CT scans to determine differences.

Dinosaur hyoid bones, it seems are more like alligators' and crocs' than they are like birds'. They were short, basic and connected to a mostly immobile tongue. This means that dinosaur mouths mostly likely haven't looked right in several circumstances.

"They've been reconstructed the wrong way for a long time. In most extinct dinosaurs their tongue bones are very short. And in crocodilians with similarly short hyoid bones, the tongue is totally fixed to the floor of the mouth," says co-author Julia Clarke.

Living birds, by contrast, have a wide diversity of hyoid bones that allow their mouths to do any number of things. That complexity has given the researchers an idea about the evolution into birds in the first place. With their simple hyoid bones and cumbersome bodies, taking flight may have been a way for dinosaurs to eat more efficiently. More complex tongues would likely also be a part of that process.

Of course, seeing dinosaurs in person would likely offer several more answers about their bodies. Scientists say that the possibility of actually bringing a dinosaur to life is closer than ever, but the question of should humanity do it is an entirely different one.